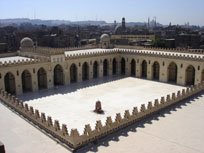 In our globalized world, getting to know and understand other cultures has become an essential component of academic education. Given the socio-political and economic importance of the Middle East, we would like to encourage our students to establish and cultivate contacts with this part of the world, in order to acquire the intercultural skills which will allow them to communicate successfully and to get in-depth knowledge of the local structures and institutions. What better place to set this summer school but Cairo, a thriving and lively middle-eastern metropolis? 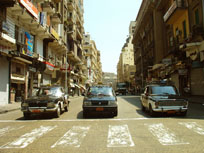 With a population of over 17 million, Cairo, known officially as al-Qāhirah - the Triumphant City, is a bustling capital and the largest city in Africa and the Middle East. The city has two faces, modern and ancient, and is home to some of the world’s most magnificent archeological sites and Islamic monuments. Its biggest asset however is the river Nile creating an oasis in the middle of modern-day Cairo, away from its noise, pollution and traffic.